skip to main | skip to sidebar

I've had this concept for a long time now and just recently took photos for it. My idea was to take a photo of a scene during the day, preferably around noon. Then around dusk or a little bit later, I would take another photo from the same exact location. The next step is to print them and cut them into strips, up to an inch wide. Combine the 2 photos so they alternate. Here is what I came up with: 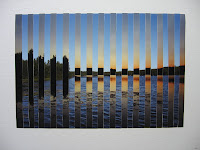 After completing this, I realized that they don't completely line up. I still like the outcome very much, but will try again and line it up better.
Posted by Photo Blog at 9:08 PM No comments: Links to this post

Thank you to all who came out to the Arlington Heights "Walk in the Park" Art Show this past weekend. It was a perfect day!!
Posted by Photo Blog at 9:04 PM No comments: Links to this post

One of the things I like to do in my photos is to completely fill up the frame with a repeating item. For example: 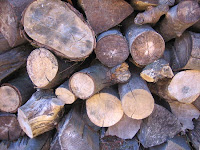 I think by concentrating on one item, you can really focus on the textures and lines it produces.
Posted by Photo Blog at 9:21 PM No comments: Links to this post

I will be at the Arlington Heights Art Show, A Walk In The Park. It will take place this Sunday August 23rd from 10-5. It is located at North School Park. Hope to see you there!
Posted by Photo Blog at 9:04 PM No comments: Links to this post

Photo Blog
Chicago, IL, United States
I grew up in Mt. Prospect, IL and have been an avid photographer for many years. My education in photography began in high school where I learned how to develop film and make my own pictures. My education and training continued at Grand Valley State University in Michigan, where I graduated with a degree in photography. I prefer taking photos in black and white but will use color or other mediums when the moment calls for it. My work has been on display in the Performing Arts Center Gallery at Grand Valley State University,the Arlington Heights Historical Museum Gallery in Il, and a lobby in Chicago. I am also a member of the Chicago Artists Coalition.